Genomic analysis of lung cancer in women who have never smoked may reveal novel mutations and structural alterations. Such an analysis, said Sitapriya Moorthi, PhD, Human Biology, Fred Hutchinson Cancer Research Center, Seattle, WA, may suggest unique opportunities for future target identification and therapeutic intervention. Dr Moorthi discussed the results of a mutational analysis of the Women’s Health Initiative Cohort that were presented at the 2021 International Association for the Study of Lung Cancer meeting.

Of all cancer deaths, 25% are attributed to lung cancer, which is the leading cause of cancer-related mortality; the next most frequent malignancy is colorectal cancer, at 8%. Many (61%) lung cancers occur in former smokers, including current and never-smokers. Among patients with lung cancer who never smoked, 24% are women and 17% are men.

Dr Moorthi noted that if lung cancer in never-smokers was considered as a separate disease, it would be the seventh cause of cancer-related deaths.

“While it appears that the number of these patients is on the rise, very little is known about the biology and risk factors associated with lung cancer in never-smokers,” Dr Moorthi said.

Studies have revealed potential behavioral and environmental factors, such as secondhand smoke, radon exposure, cooking oil vapor, indoor coal burning, and asbestos exposure. The studies have shown higher proportions of lung cancers in never-smokers in Asian populations, with women disproportionately affected, by 3- to 4-fold versus men. Adenocarcinoma is the major histopathologic subtype.

Beyond this, very little is known about the specific biology of lung cancers, because most tumor whole-genome sequencing efforts in lung cancer have been focused on patient cohorts with a history of smoking.

That deficit spurred Dr Moorthi’s analysis of data from the Women’s Health Initiative on 76 postmenopausal women with lung cancer.

“We wanted to really identify what is causing and driving lung cancer in these individuals,” said Dr Moorthi.

Among this cohort, 57 women were never-smokers or light smokers, and 19 women were heavy smokers. Dr Moorthi conducted whole-exome sequencing and mutational analysis to gain insights into the molecular mechanisms involved in the biology of lung cancer, and to review the known and novel mutations that can potentially lead to the identification of risk factors for lung cancer, improved screening guidelines, risk mitigation, and personalized treatments for patients.

The first finding, which confirmed the results of earlier studies, was that individuals with lung cancer and no smoking history have a much lower mutational burden than individuals with a history of smoking. In addition, the majority (approximately 60%) of mutations in never-smokers were EGFR mutations.

KRAS mutations were also seen, but they were mainly in smokers, said Dr Moorthi. In general, the cohort analyzed had mutations that have been previously reported. The study also showed the presence of TP53 mutation and identified gene mutations not known previously.

However, the search for novel gene mutations in a large percentage of patients in this population has not yet identified any mutations that would explain oncogenesis in the remaining 40% of never-smokers, she explained.

The analysis showed that never-smokers with lung cancer have copy number alterations (ie, somatic changes) that harbor oncogenes and tumor-suppressor genes, and novel structural variants that involve genes that are known to be altered in other cancers.

“So, the jury is still out as to what is driving mutagenesis in this cohort,” Dr Moorthi observed. “The existence of novel mutations and structural alterations may offer a unique opportunity for future target identification and therapeutic intervention.” 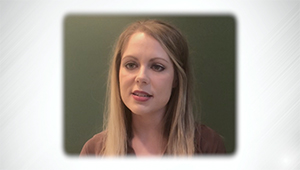