San Francisco, CA—Although the prevalence of high-grade, aggressive non-Hodgkin lymphoma increases with age, survival outcomes for older patients are disproportionately inferior to those for younger patients. According to the results of a new study from the New York University (NYU) School of Medicine, differences in tumor biology may play a partial role in this discrepancy, but management of older patients differs because of preexisting comorbidities and geriatric syndromes. The researchers have shown that polypharmacy and potentially inappropriate medication use could adversely affect treatment outcomes in older patients with aggressive lymphoma.

Dr Lin and colleagues retrospectively analyzed all patients with aggressive non-Hodgkin lymphoma aged ≥60 years who were diagnosed and treated for at least 1 cycle of chemotherapy at the NYU Langone Medical Center between January 1, 2009, and December 31, 2014. Treatment outcomes included tumor response assessment by Cheson criteria, progression-free survival, overall survival, and grades of significant treatment-related side effects.

At the time of diagnosis, 44% of patients used >4 medications, and 47% used at least 1 potentially inappropriate medication. During first-line treatment, only 43% of patients received chemotherapy of adequate relative dose intensity (>85% scheduled dose), and 63% experienced toxicities that were grade 3 or greater.

Age, International Prognostic Index (a prognostic tool for patients with aggressive non-Hodgkin lymphoma), and potentially inappropriate medication use correlated with each other.

In addition, number of medications (P = .005) and potentially inappropriate medication use (P <.001) were associated with shortened progression-free survival by log-rank test. However, only albumin level predicted overall survival in multivariable analysis, the researchers noted.

Most importantly, however, potentially inappropriate medication use was strongly associated with grade 3 or greater toxicities in multivariable analysis (odds ratio, 7.4; P = .001).

The researchers are currently validating these findings in an independent cohort of elderly patients with lymphoma. 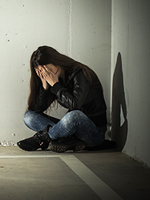