Responsible for approximately 40,000 deaths annually, breast cancer is the fourth leading cause of cancer-related death, after lung, colorectal, and pancreatic cancer.2 Not surprisingly, this necessitates dissecting the cost of therapy relative to its efficacy and safety. Based on the prevalence of invasive breast cancer, the amount of drug therapy required among a managed patient population is considerable, and significantly affects the top cancer trend therapies within the cancer budget for payers.

Outside of initial clinical trials, few tools are available to assess the real-world impact of breast cancer on patients. In a research letter published in February 2017 in the Journal of the American Medical Association, the authors compared the impact of several new cancer drugs on progression-free survival (PFS) with their impact on the patient’s quality of life and annual cost.3

Two breast cancer drugs were included in the analysis–bevacizumab, which lost its indication for breast cancer in 2011, and everolimus.3 The authors concluded that bevacizumab demonstrated no statistical difference in quality of life versus placebo, at a cost of $134,124 annually, and everolimus demonstrated mixed results for quality of life compared with placebo, at an annual cost of $144,840.3

One ongoing study with ribociclib includes the combination of ribociclib plus everolimus and exemestane in patients who received no more than 1 previous line of therapy.4 If approved, this combination will come with a substantial financial cost. However, the hope is that the combination’s efficacy and quality of life will offset its financial burden and adverse effects.

Similar to palbociclib, neutropenia is the most common and worrisome adverse event in patients who receive ribociclib. In addition to posing significant risks, and possibly requiring the discontinuation of regularly scheduled therapy, neutropenia also contributes to additional downstream expenses through the use of colony-stimulating agents and other healthcare resource utilization such as hospitalizations. Dose interruption, reduction, and the discontinuation of ribociclib are all strategies to reduce the incidence of neutropenia, which can be well-managed if it does occur.8

The initial wholesale acquisition price of palbociclib was $469 in February 2015.9 As of January 1, 2017, after an 11% increase in price, palbociclib costs $552 per capsule, amounting to more than $140,000 annually. The wholesale acquisition cost (WAC) of ribociclib for a 28-day cycle is $10,950 for the 600-mg once daily dose, $8760 for the 400-mg dose, and $4380 for the 200-mg dose. The flexible pricing structure for ribociclib allows physicians to easily adjust dosing, as necessary, according to the patient’s tolerability and without treatment interruption. Based on these prices, ribociclib will be the CDK4/CDK6 inhibitor with the lowest WAC at its launch.10

In addition to breast cancer, ribociclib is being studied in non–small-cell lung cancer, head and neck cancer, melanoma, high-grade glioma, and other cancers. All these cancer types are in need of a greater number of targeted therapies that produce substantially improved results. Because drugs such as ribociclib are approved in broad patient populations, this trend continues to highlight the unsustainable cost of oncolytic drugs as a whole, and the burden this cost places on individuals, employer groups, and government programs. 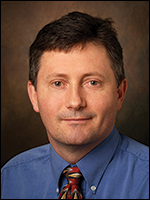 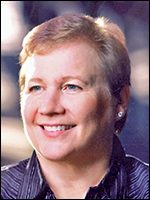