CAR T-cell therapy that targets CD19 has been shown in multicenter clinical trials to cause complete remissions in up to 54% of patients with relapsed B-cell lymphoma, according to Dr Cappell. However, the long-term durability of these responses has not been clear.

Dr Cappell and colleagues conducted the initial study of anti-CD19 CAR T-cells with axicabtagene ciloleucel (Yescarta) that showed success in treating B-cell lymphoma and led to its approval in 2017. At ASCO 2020, the researchers presented the long-term durability of remissions and the long-term adverse effects associated with this therapy.

The study included a total of 43 patients, 3 of whom received repeated CAR T-cell infusions, for a total of 46 cell infusions. Although all the patients received conditioning chemotherapy with cyclophosphamide and fludarabine, said Dr Cappell, the cohorts differed in the dosage of conditioning chemotherapy and whether interleukin-2 was administered.

Nearly a Decade of Response

“Of the 25 patients who achieved complete response with CAR T-cell infusions, 60% were evaluable and ongoing at the last follow-up appointment, and the duration of these ongoing responses ranged from 43 to 113 months,” she said.

Except for B-cell depletion and hypogammaglobulinemia, long-term adverse events were rare, said Dr Cappell. She added that the only autoimmune adverse event was hypothyroidism in 1 patient.

Of the 43 study patients, 7 had a second malignancy after treatment and 4 had an infection requiring hospitalization at least 6 months after CAR T-cell therapy.

The researchers also tracked B-cell and immunoglobulin levels in the 24 evaluable patients who achieved complete response. The results showed that 9 (38%) patients never recovered a normal B-cell level, and 18 (75%) patients had a long-standing abnormality in at least 1 immunoglobulin. 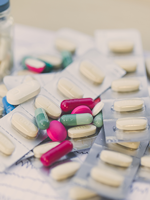