On November 21, 2019, the FDA approved acalabrutinib (Calquence; AstraZeneca) as initial or subsequent therapy for adults with chronic lymphocytic leukemia or small lymphocytic lymphoma. This is the second approval under Project Orbis, a collaboration between the FDA, the Australian Therapeutic Goods Administration, and Health Canada.

“Today, as part of a US, Australian and Canadian collaboration known as Project Orbis, the US approved a new treatment option for those living with chronic lymphocytic leukemia or small lymphocytic lymphoma. The FDA’s Project Orbis provides a framework for concurrent submission and review of oncology drug applications among the FDA’s international partners,” said Richard Pazdur, MD, Director of the FDA’s Oncology Center of Excellence and Acting Director of the Office of Oncologic Diseases in the FDA’s Center for Drug Evaluation and Research. In the FDA news release, Dr Pazdur added, “We are pleased to continue working alongside our Australian and Canadian colleagues to facilitate new treatment options for patients, and the FDA looks forward to working with other countries in future application reviews.”

The FDA also used the Real-Time Oncology Review pilot program when it reviewed the application for acalabrutinib.

The agency based its supplemental approval on data from the interim analyses of 2 phase 3 randomized clinical trials (ELEVATE-TN and ASCEND) that compared acalabrutinib with other standard therapies for chronic lymphocytic leukemia. In both trials, progression-free survival was longer with acalabrutinib treatment than with other standard therapies.

“With over 20,000 new cases anticipated this year in the US alone, today’s approval of Calquence provides new hope for patients with one of the most common types of adult leukaemia, offering outstanding efficacy and a favorable tolerability profile. The chronic lymphocytic leukaemia patient population is known to face multiple comorbidities, and tolerability is a critical factor in their treatment,” said Dave Frederickson, Executive Vice President, Global Head Oncology Business Unit, AstraZeneca, in a press release.

Lung cancer accounts for approximately 1 of 4 cancer deaths in the United States. However, when compared with numbers from a decade ago, more individuals are surviving lung cancer than in the past. In 2015, the rate of new diagnoses of lung cancer had declined by 19% compared with a decade earlier.

Recent advancements in screening techniques, as well as more effective treatments, including immunotherapy and targeted drugs, have improved outcomes for patients with lung cancer. However, the 5-year survival rates remain low, with only approximately 22% of patients surviving for 5 years. Again, disparities by state are marked. In a state-by-state analysis, the 5-year survival rates ranged from 26.4% in Connecticut to 16.8% in Alabama.

According to the American Lung Association, if lung cancer is diagnosed before it metastasizes, the likelihood of surviving 5 years or longer improves to 56%. Unfortunately, only 21.5% of lung cancer cases are diagnosed early, when survival rates are 5 times greater. Most cases are not diagnosed until a late stage when the cancer has metastasized, and the survival rate declines sharply.

Since 2013, experts have been recommending low-dose computed tomography scans for patients who are at high risk for lung cancer. However, in 2018, the American Lung Association reported that only 4% of patients who were considered to be in a high-risk category had been screened. The US Preventive Services Task Force defines high-risk individuals as adults aged 55 to 80 years who are currently heavy smokers or who quit smoking within the past 15 years.

Approximately 8 million Americans qualify as high risk for lung cancer, based on data from the Centers for Disease Control and Preveniton’s 2015 National Health Interview Survey and 2017 Behavioral Risk Factor Surveillance System. If only 50% of those eligible patients were screened, it is estimated that more than 12,000 lung cancer deaths could be avoided. 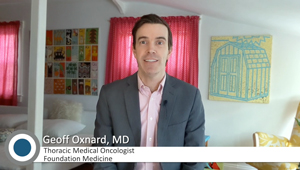 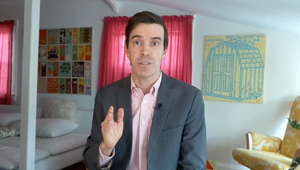