Denver, CO—PD-L1 is decidedly unique when compared with other biomarkers currently used in oncology, and the impact of PD-L1 expression has been demonstrated in numerous clinical scenarios. Although the benefits associated with PD-1/PD-L1 targeted therapy have been unprecedented, the risks should not be underestimated.

As frontline monotherapy in pa­tients with non–small-cell lung cancer (NSCLC) with ≥50% PD-L1 expression, significant responses were seen with pembrolizumab (Keytruda) compared with platinum-based chemotherapy in the KEYNOTE-024 clinical trial. Conversely, the CheckMate 026 clinical trial of nivolumab (Opdivo) enrolled all patients with some level of PD-L1 expression but found no advantage to using nivolumab in the frontline setting compared with chemotherapy.

“This supports the argument for PD-L1 testing in the frontline setting for advanced/metastatic NSCLC, especially when considering monotherapy,” Dr Land explained.

In the CheckMate 017 (squamous) and CheckMate 057 (nonsquamous) clinical trials of nivolumab versus docetaxel (Taxotere) in patients with previously treated advanced or metastatic NSCLC, durable responses were observed with nivolumab across histologies and PD-L1 expression levels. However, according to Dr Land, PD-L1 as a predictive biomarker in this trial was not as useful at predicting durable response. Patients with the highest expression of PD-L1 had durable responses, but the patients who didn’t express PD-L1 had superior responses, as well.

“What’s interesting about this trial, and what muddies the water outside of the frontline indication, is that PD-L1 didn’t really help us predict a quality of response. So it’s hard to use PD-L1 as a predictive biomarker in the second-line setting, because the responses weren’t necessarily consistent among all levels of expression,” Dr Land stated.

The OAK clinical trial, which examined atezolizumab (Tecentriq) in patients with previously treated advanced NSCLC, displayed similar outcomes to those seen in the CheckMate clinical trials. Patients treated with atezolizumab had better responses and survival compared with docetaxel across all levels of PD-L1 expression, including patients who did not express PD-L1, again complicating the argument for PD-L1 as a predictive biomarker in this setting.

In the CheckMate 025 clinical trial of nivolumab versus everolimus (Afinitor) in patients with advanced renal-cell carcinoma, PD-L1 expression was a poor prognostic indicator of response.

In the CheckMate 040 clinical trial of hepatocellular carcinoma, similar response rates were seen with nivolu­mab regardless of PD-L1 expression, and comparable trends have been seen in colorectal cancer trials.

“It sounds like I’m droning on about this, but it’s hard to really nail this down as a predictive biomarker because we’re seeing similar outcomes whether the patients do or do not express PD-L1,” he said.

According to Dr Land, the data support the importance of PD-L1 testing in frontline treatment of NSCLC. Confirming PD-L1 as a predictive biomarker in previously treated populations, however, whether in patients with NSCLC or other solid tumors, is more complicated.

How PD-L1 Differs from Other Biosimilars

According to Dr Kettle, a new era of oncology requires a new type of think­­ing. PD-L1 as a biomarker, therefore, is different from other known biomarkers that are inherent or overwhelmingly predictive.

“After about 2 decades of this line of thinking, we’ve got this pond full of biomarkers (eg, CD20, EGFR, BRAF, ALK, HER2) that have been cornerstones of therapy. I think the temptation was to put PD-L1 in the same bucket, but PD-L1 is dynamic, inducible, and disease-state dependent,” Dr Kettle said.

PD-L1 is not a cornerstone biomarker, but rather it is an enriching biomarker, he added, as was displayed by the enrichment of responses in patients with high PD-L1 expression levels in the KEYNOTE-010 clinical trial, which compared pembrolizumab with docetaxel in previously treated patients with advanced NSCLC.

Raising the PD-L1 threshold often leads to better response rates, whereas lowering it leaves fewer patients untreated. These are both valuable goals, but they are diametrically opposed.

“There’s a huge difference between those two, very clearly showing there’s a big difference between how patients are going to react to these drugs. If you’re a patient and have an option that is barely a 1 in 10 chance, that’s a lot different than offering treatment that has a 1 in 3 chance,” Dr Kettle explained.

Just Because You Can Doesn’t Mean You Should

For a biomarker to be clinically relevant, it should identify responders as well as nonresponders.

“I think we need to recalibrate expectations. None of us want to leave a useful therapy on the table, but we need to remember that there are definitely consequences to using treatment, especially when patients aren’t likely to benefit,” Dr Kettle advised. “Therapy that doesn’t work is worse than doing nothing,” he added.

There is also a growing understanding of the concept of hyperprogression, whereby some patients experience a rapid progression in tumor growth after initiation of PD-L1 treatment, followed by shorter overall survival. 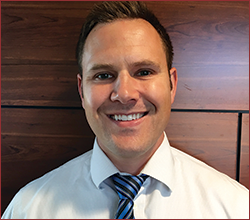 “I’m not trying to discourage PD-L1 therapy; it has radically changed how we practice and what we can offer patients. It offers potentially durable responses and a better tolerability profile. But we need to fight the urge to just instinctively and inclusively reach for these drugs because they’re on label. Maybe that’s not the right move all the time,” Dr Kettle stated.

Then there is the financial impact. The cost of finding a single response with nivolumab in patients with PD-L1–negative NSCLC can be close to $500,000.

“It’s a tough question, but the reality is that there is a societal impact to this. As pharmacists and stewards of drug utilization, we need to embrace this, as uncomfortable as it might be,” he explained.

The Use of an Enriching Biomarker

According to Dr Kettle, the application of these types of biomarkers is nuanced but should help to align the choice of therapy with a patient’s values. PD-L1 expression is a useful tool, but because it is part of a dynamic, complex microenvironment, more research is needed to optimize its application in clinical decision-making.

“There are some patients that say, ‘I don’t care what the risks are. If there’s a chance I can get a little more time, I want whatever’s on the table.’ And if that’s the case, then you know that’s a great patient to pursue therapy, even though there’s a low chance of response,” he said.

Combining biomarkers has shown promise in predicting responses to these drugs, and in the CheckMate 026 clinical trial of frontline therapy with single-agent nivolumab in patients with NSCLC, pairing high tumor mutation burden and high PD-L1 expression overwhelmingly predicted responses in patients.

“That is extraordinarily encouraging to me moving forward, that hopefully we find this perfect balance in the future,” he said.

Dr Kettle reminded the audience that his conclusions are mostly cursory and the data can change rapidly.

“But if our mission is greatness, then we have to be humble enough to say, ‘We need to do things differently.’ We need to keep pushing the boundaries and confront those uncertainties. Addressing them—as opposed to ignoring them—is how we’re going to get to where we want to go,” he concluded.