A Wealth of Targets Identified in Colorectal Cancer

SAN FRANCISCO—For patients with colorectal cancer (CRC), advances in molecular profiling have led to an ex - plosion in novel agents specific for targets above and beyond the epidermal growth factor receptor (EGFR). Joseph Tabernero, MD, director of clinical research at Vall d’Hebron Institute of Oncology in Barcelona, Spain, previewed the future of treatment for CRC at the 2011 Gastrointestinal Cancers Symposium.

“The good news is there are lots of new compounds. The challenge will be to profile patients accurately and to identify the gene signatures of those who will benefit from the individual drugs and combinations,” said Tabernero

Many patients with CRC are resistant to the currently approved EGFR inhibitors cetuximab and panitumu - mab. The KRAS gene has been identified as playing an important role, with constitutive mutations of KRAS serving as predictors of resistance to anti-EGFR monoclonal antibodies.

Researchers are examining the role of genetic mutations associated with other signal transducer proteins, including mutations in BRAF, NRAS, PIK3CA, AKT, PTEN, and TP53. Tabernero said any of these might prove to be a useful “on/off” biomarker for EGFR expression in metastatic CRC.

“More effective monoclonal antibodies are coming,” Tabernero promised. Encouraging results have been observed with the investigational compounds GA201 and SYM004, including seemingly durable responses. “Objective response rates have been achieved in very refractory patients,” he noted.

HER3 is a new target in CRC. It has been implicated as a potential mechanism of resistance to EGFR inhibitors. A handful of anti-HER3 compounds are in development, including the monoclonal antibody MEHD7945A (a dual anti- EGFR and HER3 inhibitor), MM121, and U3-1287-AMG888.

Other Targets Under Study

Researchers are developing monoclonal antibodies specific for receptors other than EGFR. One target is insulin-like growth factor-1 receptor (IGF-1R) protein, which is expressed in 90% of colon cancers but not found at all in normal mucosa. Expression levels correspond with proliferation and tumor stage. Overexpression of IGF-1R, ob served in ~50% of patients, is an independent prognostic factor for worse survival.

Research into therapeutics for this novel target took a step back when a randomized phase 2 clinical trial of IMCA12, an investigative inhibitor of IGF- 1R, failed to improve outcomes in patients with CRC refractory to EGFR inhibitors. Ongoing studies are attempting to refine the gene signature and develop effective agents.

Another avenue being pursued in - volves the tumor necrosis factor–related apoptosis-inducing ligand (TRAIL) and its receptors. TRAIL inhibits the growth of colon cancer cells, and TRAIL-R1 expression correlates with improved disease-free survival. Con - atumumab (AMG655) is a monoclonal antibody that binds to TRAIL-R2 and has produced partial responses in early trials. It is also being studied in combination with standard chemo - therapy regimens.

Some researchers are looking into inhibiting critical downstream pathways, such as the mitogen-activated protein kinase (MAPK)/extracellular signal-regulated kinase (ERK) pathway. Protein kinases along this pathway regulate cell proliferation, differentiation, and survival and respond to external stimuli. Tabernero said investigators have identified at least 2 therapeutic targets in the MAPK/ERK pathway, namely RAF and MEK. Already more than a dozen inhibitors are in development.

In 50% of patients with advanced disease, PIK3CA is dysregulated. PIK3CA activation triggers a signal transduction cascade that promotes cell growth and survival. Druggable targets in this pathway include PIK3CA, AKT, mTOR, TORC 1/2, and pS6K. Nearly 20 relevant compounds are being investigated, including some multikinase inhibitors.

Despite an apparent plethora of opportunities for arresting proliferation of CRC cells, Tabernero cautioned that huge challenges lie ahead. The molecular profile of a specific cancer cell influences its behavior, and cancer cells operate under “plastic and evolutive phenomena” that extend to the gene level (expression, mutation, amplification/ deletion, etc) and the proteomic level (activation, phosphorylation). “Cells change under the pressure of stress,” he said, noting that treatment induces stress. 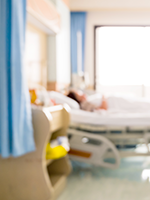 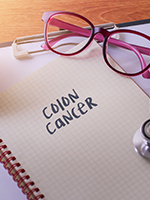