As a single agent, carfilzomib, a selective proteasome inhibitor, is approved by the FDA for patients with relapsed or refractory multiple myeloma who have received ≥2 previous therapies. The approved dose is 27 mg/m2 administered intravenously on 2 consecutive days for 3 weeks followed by a 12-day rest in a 28-day cycle.

Promising results of the phase 1/2 CHAMPION-1 study, which was designed to test a more convenient regimen of carfilzomib, led investigators to explore once-weekly carfilzomib. In the CHAMPION-1 study, patients with relapsed or refractory multiple myeloma and 1 to 3 previous regimens who received once-­weekly carfilzomib had a 77% overall response rate and a median PFS of 12.6 months. The maximum tolerated dose (MTD) was established at 70 mg/m2; 62% of patients receiving the MTD had grade ≥3 adverse events.

The ARROW study included 478 patients with relapsed or refractory disease (median age, 66 years) who were randomized in a 1:1 ratio to once-weekly or twice-weekly carfilz­omib at 70 mg/m2 or at 27 mg/m2, respectively. All patients received dexamethasone 40 mg as well, and all had exposure to 2 to 3 previous lines of therapy. Nearly all (99%) patients had received bortezomib (Velcade), and 84% had received lenalidomide. Overall, 42% had disease refractory to bortezomib. The primary end point was PFS.

Stringent complete responses were observed only in the once-­weekly arm.

“Thus, in comparison with twice-weekly carfilzomib at the 27 mg/m2 schedule, once-weekly carfilz­omib at 70 mg/m2 showed a favorable benefit-risk profile for patients with relapsed or refractory multiple myeloma. It provides a more convenient schedule and can improve access to an efficacious therapy for patients unable to make twice-weekly visits to the clinic,” she concluded. 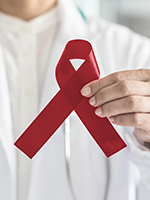 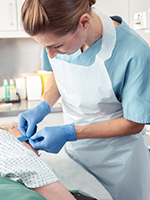