Sentinel lymph node (SLN) biopsy, a common procedure to determine whether melanoma has spread, can be utilized safely and effectively even with tumors in the head and neck area according to a new study from the University of Michigan Comprehensive Cancer Center.

SLN biopsy is routinely offered to patients with melanoma meeting or exceeding a certain size. However, many surgeons believed the intricate anatomy combined with the crucial nerves and blood vessels in the head and neck area created an unsafe and inaccurate setting for an SLN biopsy of that region.

In the current study, which appears online in Cancer, researchers reviewed the records of 353 patients with head and neck melanoma who, over a 10-year period, had undergone an SLN biopsy at the University of Michigan. Upon assessment, researchers found the SLN could be determined in all but 1 patient. Additionally, during the procedures, no patients incurred permanent nerve injuries.

Approximately 20% of the patients had at least 1 SLN positive for cancer. They were referred for complete removal of additional lymph nodes.

For the 283 patients with negative sentinel nodes, 12 recurred in the area where the SLN was located. This suggests that the test generated 12 false-negative results. In other words, a negative test was inaccurate 4% of the time. This is comparable to the rate seen when SLN biopsy is performed for melanomas in other areas of the body.

Furthermore, SLN biopsy was the greatest predictor of a patient’s cancer survival post surgery, including recurrence-free survival, according to the researchers. 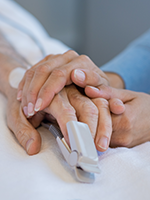